As Drought Intensifies, Farm Groups Fear Disaster Assistance Will Be a Tough Sell

Crop commodity prices improved the past six months, but it’s not rosy everywhere. The western half of the country continues to see little moisture, and it’s exacerbating the extreme drought conditions. 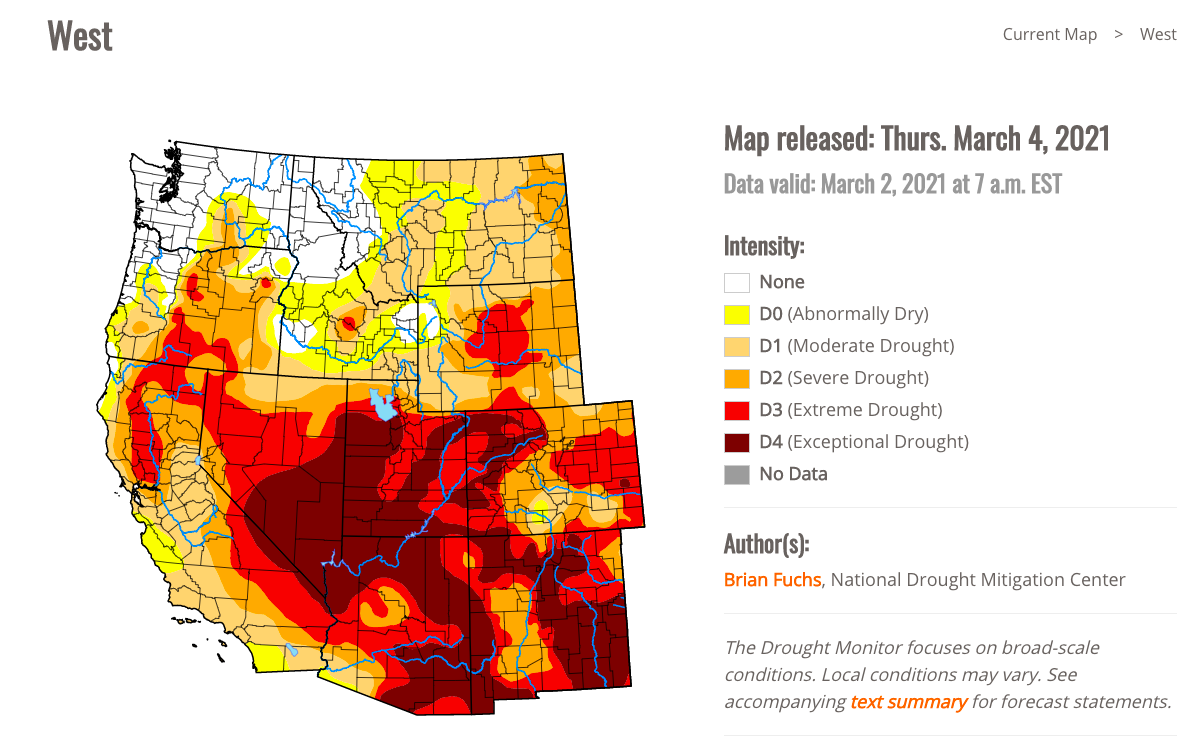 The latest U.S. Drought Monitor shows more than 60% of the country is seeing some level of drought. The worst of it is parked in the West where nearly 90% of the area is covered in drought. The worst level – which the Monitor refers to as exceptional drought – blankets 20% of the West. 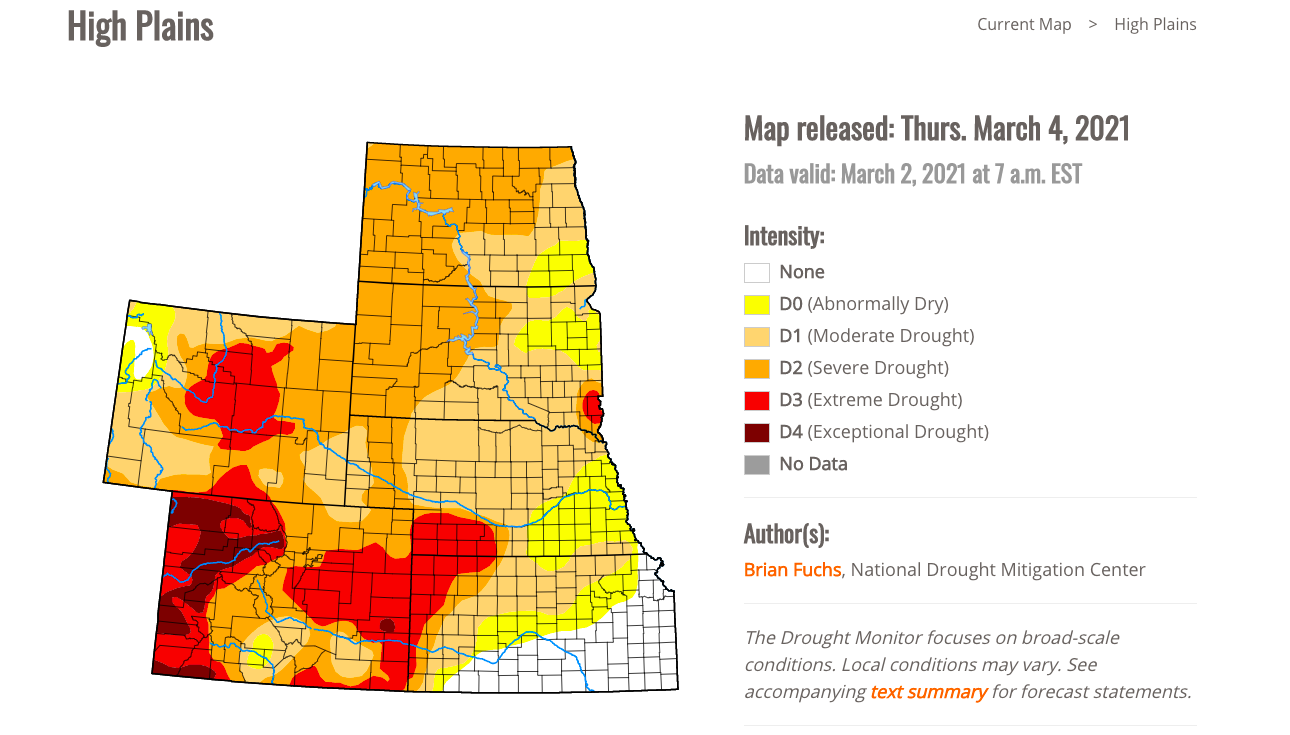 The High Plains region isn’t any better. More than 90% of that region faces dryness, and in Texas, 80% of the state is under drought conditions, a five-point jump in just a week. 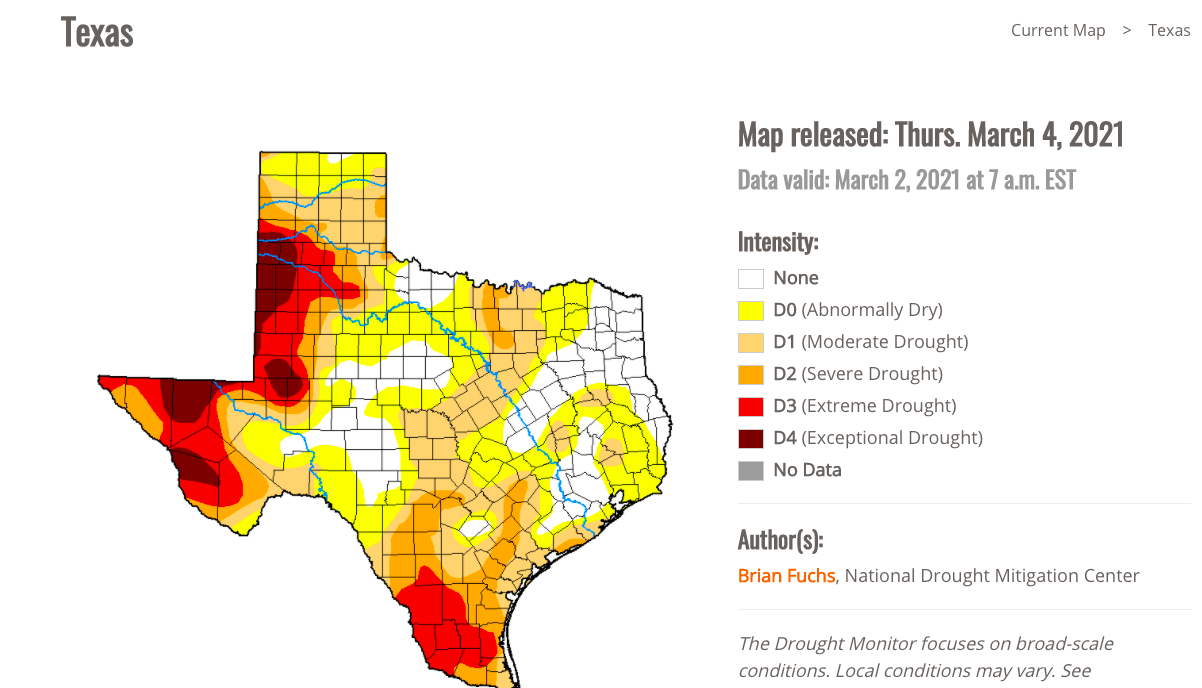 The lack of moisture is on the minds of commodity groups, like the National Sorghum Producers (NSP), especially as some producers face the possibility of not producing a crop due to lack of moisture.

“We do have a group of our membership that has just gone through a really tough drought situation, and they're still in the middle of it,” says Tim Lust, CEO of NGP. “So, items like Whip + or Whip 2020 are very important for a group of our membership that didn't have a crop. They can't take advantage of higher prices, they can't take advantage of demand, because they didn't have a crop.”

Last year, some of those farmers were eligible for the Wildfire and Hurricane Indemnity Program-Plus (WHIP+). The Further Consolidated Appropriations Act of 2020, passed by Congress and signed by President Trump in December 2019, provided an additional $1.5 billion for the continuation of disaster assistance programs through WHIP+. While the funding was beneficial to those faced weather challenges last year, drought is a major concern for the 2021 growing season.

Lust fears it will be tougher to get funding passed by Congress this year, especially coming off a year of record ad hoc government payments for agriculture.  The commodity group CEO says even with or without an administration change, lobbying for programs like Whip+ will be difficult this year. But he hopes members of Congress will step up to the plate and deliver the help some of these producers need right now.