Making a living from the land means nothing is assured.

"You can’t fight with Mother Nature," said Iowa farmer Ken Hartzell. "The best you can do is work with her."

That’s as true in Iowa as it is in Washington. It’s been true for generations and it’s certainly been true in 2020.

It was just a normal day.

Todd Vejraska was at home with his family one minute, then he was running out the door toward the fire the next.

"That was the last time I was home for 24 hours," the Washington rancher recalled.

The Cold Springs Fire headed straight for cows with newborn calves, so Vejraska tried to get ahead to open gates and give his cattle any chance to escape.

"I’ve been a fire fighter, I’ve been on a hotshot crew, I’ve done other things," he said. "This wasn’t something you normally see. It was really bad."

It blew across the land with enough ferocity to engulf an entire field in one pass.

At 2:30 a.m., he tried texting his wife Katlenia that he was okay but when he looked up, the fire was running across the front of his pickup. 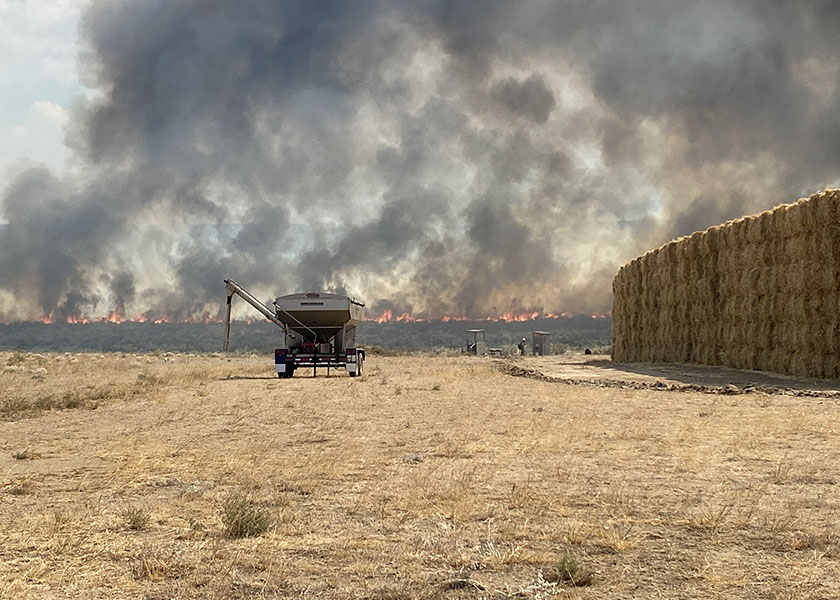 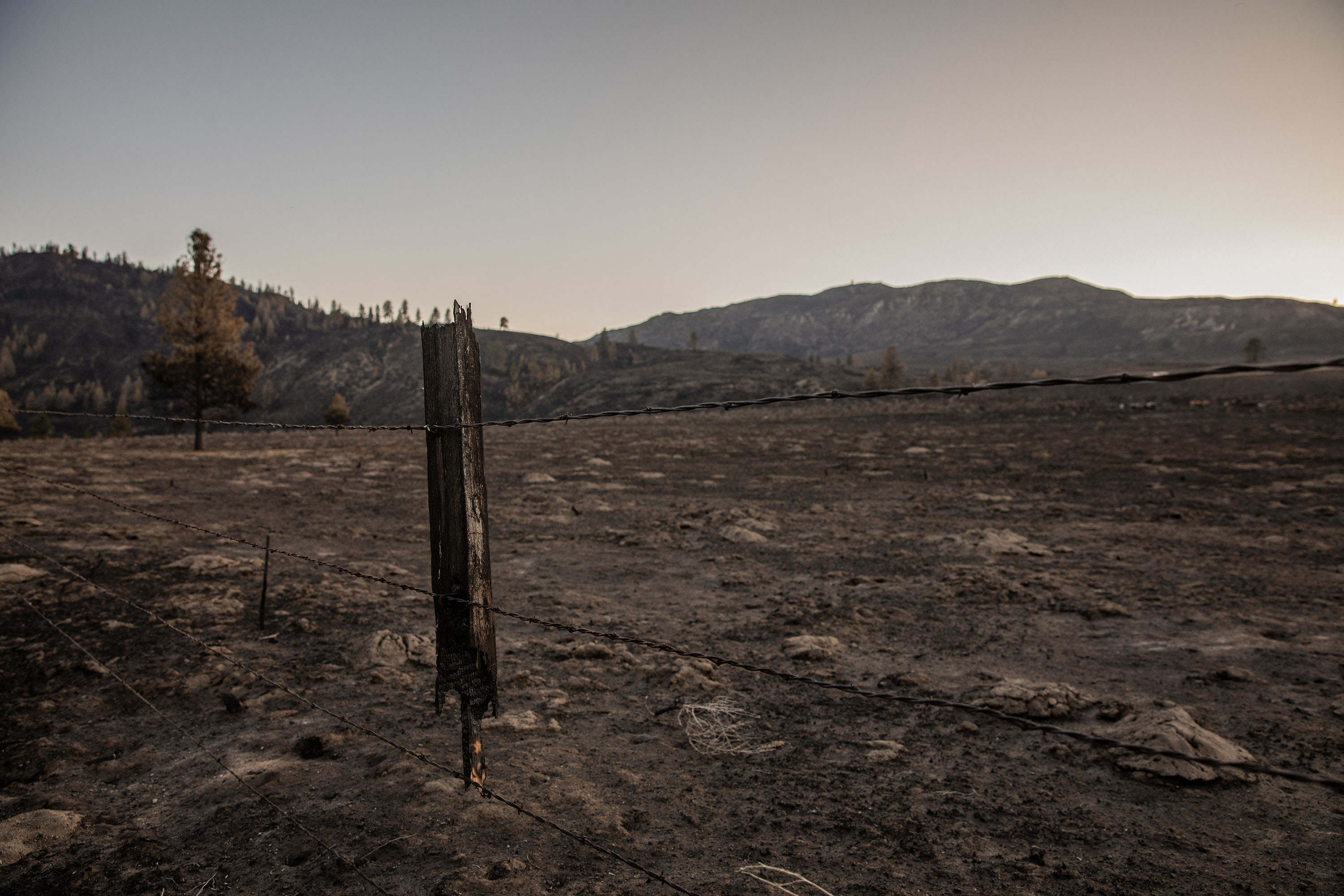 With the help of neighboring ranches and local communities, they brought nearly 600 cows home, but not unscathed. That many more died in the fire or had to be put down.

He lost all of his fences and 90% of his hay stocks, but they salvaged part of the corrals and their home.

"I don't want it to be a pity party," Smith said. "This is what we want to do. This is what could happen to anybody else if ranching is what they really want to do."

It’s an entire community---bull customers, neighbors and plain good people—helping them find that forgotten strength that surfaces after disaster strikes.

"We want to be in the cattle business, that’s all we’ve ever done," Smith said. "We’re just trying to weather the storm." 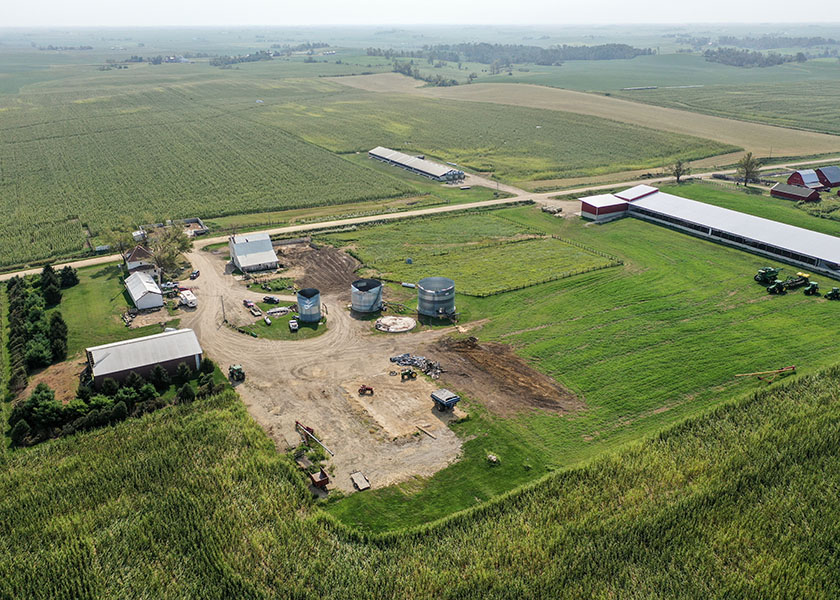 Thunderstorms are common in the Midwest, but this one was unique.

On August 10, a "derecho" tore its way across Iowa, causing damage for hundreds of miles. It was a rare phenomenon that brings heavy rain and hurricane-force winds.

Lee Crock rode out the storm in his pickup in Mechanicsville, watching trees and limbs fall across the bank parking lot. Until he got a call from his daughter saying, "You need to come home."

It was less than an hour from the time the storm started until he pulled into his drive. Buildings were gone, roofs were missing and for the first time in 50 years, the barnyard looked different.

"In 45 minutes, we lost a million dollars," Crock said.

Equipment was damaged, trees had fallen on nearly every structure, and grain bins were blown away. The hog barn, paid off less than a month before, was lifted off its foundation.

Ken Hartzell, Moscow, Iowa, was putting away a halter when one gust of wind peeled off the roof above him like a bandage.

He waited, but when the wind didn’t subside he ran to the house, pelted by gravel, pebbles and sand the whole way. 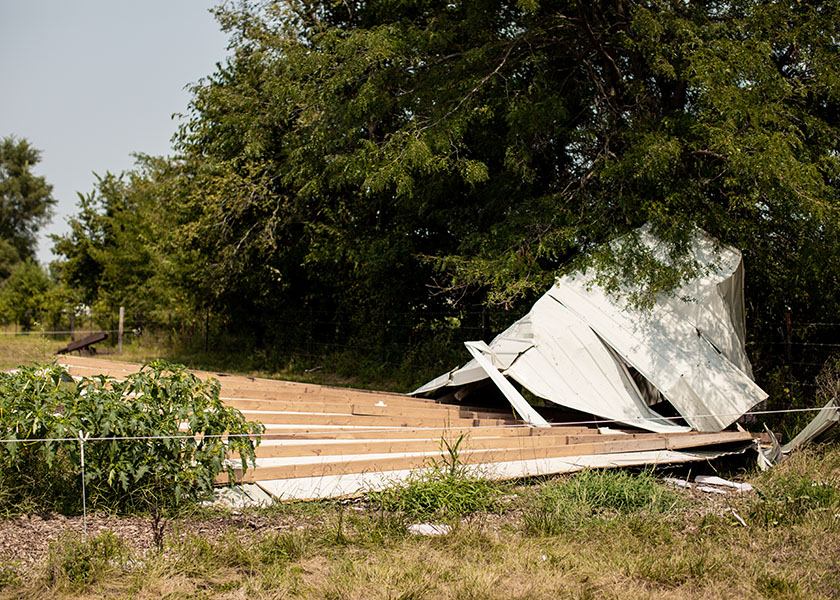 "I am one of the lucky ones," he said, noting the everyone was safe and no cattle were hurt. "Someone said farming isn’t for the faint of heart. Well they’re right because you never know what Mother Nature’s gonna throw at you."

As they assessed damage and cleared debris, Crock’s perspective shifted to the future.

"When you can kind of start over," he said, "how do you plan for the next generation, and what do they want to do?"

A way to help

Every year, farmers and ranchers somewhere get knocked down by natural disasters, and communities always seem to come together. But that often leaves people from across the U.S. wondering: "How can we help?"

In fall 2019, the Certified Angus Beef ® (CAB®) brand created the Rural Relief Fund as a way to rally their community to provide support.

Today, every penny of the sales of its coffee table book, "Sheltering Generations–The American Barn," support the fund. The book uncovers the role of the American barn through its large photographic spreads and stories of 40 Angus families from across the United States.

To purchase "Sheltering Generations" for $19.95, or directly donate to the Rural Relief Fund, go to shop.certifiedangusbeef.com.