Cattle prices have been put on ice with markets falling off a bit.
By: Andrew P. Griffith, University of Tennessee

It appears fed cattle marketings are becoming less current as steer and heifer weights are about eight pounds heavier than the same week a year ago. The reduced harvest of cattle this summer is likely the prime suspect to why cattle marketing are less current. This leaves feedlot managers needing to move cattle in the near future.

Packing facilities have been watching slaughter rates closely to help support cutout prices. The reduced slaughter also left them paying higher prices for fed cattle, but has now put feedlots in a situation where they will have to move some product. Softness in the fed cattle market may persist the next few weeks, and prices could dip into the $140s. 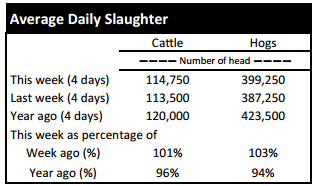 The prices of these cuts and products are strongly supported by the demand for ground beef. A larger percentage of chucks and rounds are being ground this year relative to a year ago which supports the price of the two cuts.

It is evident consumers prefer the taste of beef over competing meats, because they continue to step up to the beef counter.

Cutout prices have the potential to dip lower the next several weeks. One supporting factor will be Labor Day beef purchases as retailers will try to move product during the last grilling holiday of the season. 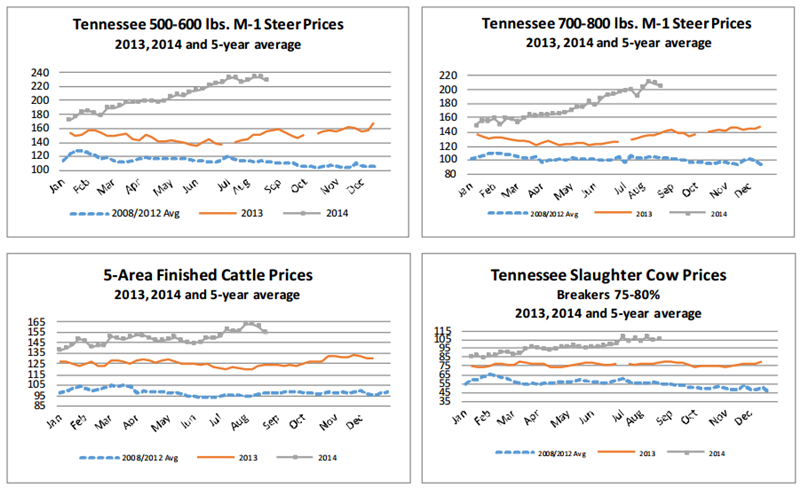 OUTLOOK: Calf and feeder cattle prices were put on ice this week as all classes stumbled. Signs of the market faltering were evident late last week with the announcement from Russia with regards to imposing import bans on agricultural products from the United States and other countries.

That news caused a knee-jerk reaction from futures traders who sold off contracts resulting in multiple days of the market moving down the $3 limit for most contracts. It is difficult to say if the decline in cash prices is completely due to Russia’s announcement or if another factor is at play.

Many industry participants have been expecting the market to have a correction movement as many have thought the price has escalated past its equilibrium.

Price is determined by supply and demand, and it just so happens to be that supply of cattle and beef is relatively low while demand is relatively strong in the current market. With that being said, prices are expected to remain strong relative to previous years, but the expectation of price movement after this jolt in the market is less certain. It is likely multiple factors have led to the price decline witnessed this week for feeder cattle. However, it would not be surprising to see prices recover a little in coming weeks.

Some softness may appear in the calf and feeder cattle market in coming months as more spring born calves come to market this fall. However, prices are not expected to soften as much as in previous years because of the limited supply of cattle.

The elevated prices will continue to support the increase in financial risk margin operators are facing. Stocker producers, feedlot managers, and slaughter and beef packing facilities have been fortunate thus far in that record purchase prices have been followed by record sale prices. The trend will eventually come to an end and the financial risk currently being faced will be more evident as margins decline.