So much of the recent news in this publication series and elsewhere has revolved around the record level of prices and the implications for herd expansion. Typically record prices are joined at the hip with increased price risk (the high risk, high return phenomenon). How does the market picture look as we wave good-bye to 2014? 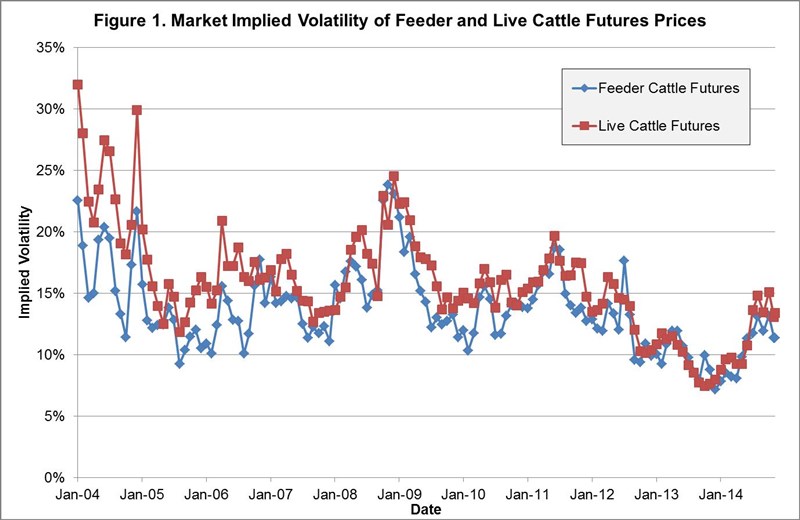 Specifically, looking more closely at feeder cattle price volatility for contract months in 2015, this phenomenon is no different. As time passed and as contracts became available in 2014, implied volatility measures increased along with prices. These peaked in August 2014, ranging from 12 to 14 percent depending on the contract. Interestingly, the January 2015 contract carried more risk (i.e., a larger implied volatility value) than the more deferred contracts, but this has since been reversed. Keep in mind that these deferred contracts typically traded below nearby months. In other words, futures market participants hesitated to push prices in very distant months to the high levels of those in more current months. 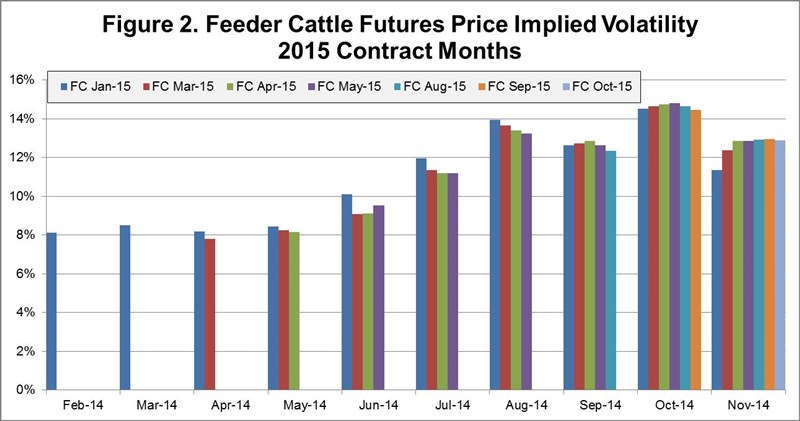 As the market has steadied (and even declined at times) implied volatility values have begun to decline as well. This is expected since a steady market is also viewed as a less risky one and therefore volatility measures should fall.

In retrospect, market volatility is lower now that is has been in the past. Never the less, the extremely strong bull market that has been in place in 2014 has pushed market price uncertainty higher. When considering risk management strategies tied to options (puts, calls, and LRP insurance) this led to higher premiums relative to what would have been seen in less risky times. On the positive side, the current decline in implied volatility measures is noticeable in the premiums prices.