The U.S. livestock sector is poised to expand to meet growing demand for meat. During the next decade, the industry will be a key driver for corn and soybean demand.

After several years of steady declines, U.S. consumers are adding more protein to their plates. This is coupled with increasing incomes in developing countries — a huge growth area for U.S. meat products and feed grains.

U.S. exports of meat have grown at an average of 4% per year during the past decade, and USDA expects that trend to continue.

“I think we'll see a transition for the U.S. to become a larger exporter of animal protein versus raw commodities,” he says. “The efficiency of shipping containers full of meat is far greater than hauling raw commodities and then converting them into protein products.”

Robust demand has encouraged U.S. livestock producers to increase production. “We’ve been on quite an amazing expansion when you look at beef, pork and chicken,” says Scott Brown, University of Missouri economist. “The fairly strong domestic demand in the last several years has helped maintain livestock prices that would have otherwise fallen a lot more given this kind of expansion.” 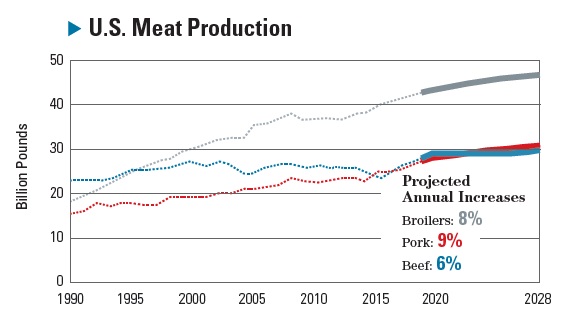 U.S. red meat and poultry consumption are expected to reach record highs in 2018. For the next decade, USDA predicts U.S. consumers will retain their taste for meat. 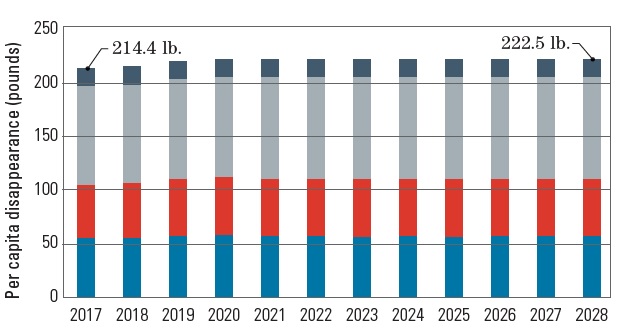 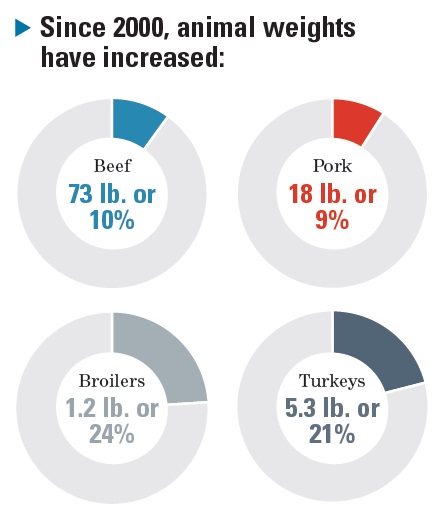 Meat exports will increase by 7.5 million tons by 2028. While tariffs have slowed exports for 2019, the future trend looks sound. “With record U.S. production, it makes exports more crucial to maintain the economics of an industry,” says John Nalivka, president of Sterling Marketing. 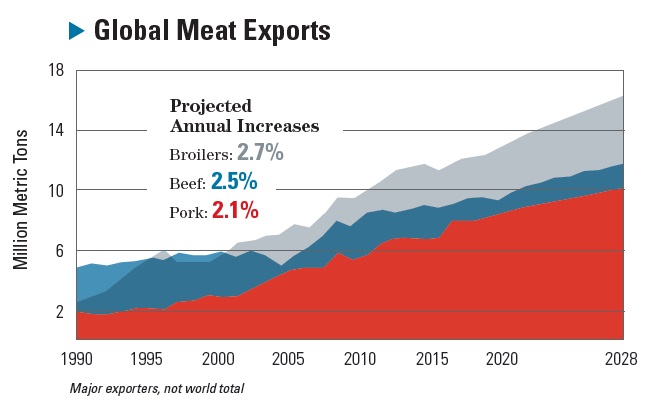 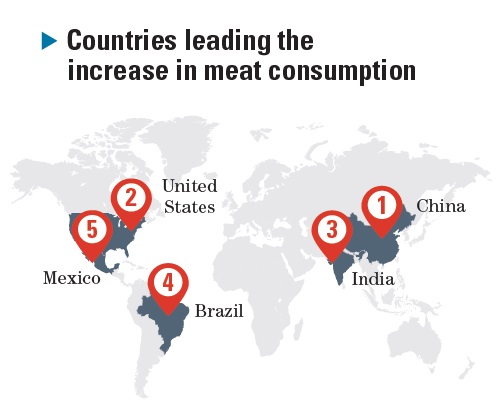