Note: The opinions expressed in this commentary are those of Shad Sullivan.

I have heard the stories down through the years of blizzards of days gone by.  The Towner, Colo., tragedy of 1931 was one that I often heard about through my grandparents and my neighbors from that era.  In history, I’ve read of the winter of 1886 and 1887 where 90 percent of the cattle trailed north into the plains, perished after bitter cold and constant blizzard conditions refused to break.  And, in more modern times, I often heard talk of the blizzards of the late 1940’s that pummeled the plains from South Dakota to Kansas and Colorado, one after another.  So many experiences and stories told of death and survival, triumph and tragedy, and the power of mother-nature, by those who endured.

Of course, I have my own blizzard stories.  In 1979, I faintly remember my folks trying to save calves by the droves as they were calving out heifers for extra money to live on.  In 1988, we trekked out to the long-barn every few hours to make sure the horses had fresh air.  That year, the stocker calves we were conditioning ended up close to the river 35 miles way…..the ones that lived.  In 1997, an evening norther’ blew in a three-day blizzard and caught me off guard at the local watering hole on a Friday night.  I was embarrassed that my dad had to hunt me down there and tell (or yell) that under no circumstances was I to start home, “stay in town, this is a cow-killer.”  He was right.  Three days later 30,000 head had perished in corners, canals, rivers, and ravines decimating herds and family operations over southeast Colorado.  2005 brought misery and death to the country between the Arkansas River and the Canadian.  Several severe blizzards pounded that region over and over, and some country wasn’t exposed to the sun for six months.

And now, right on the heels of the 2013 South Dakota storm named Atlas, devastation has struck the heartland once again.  The images coming from operations just like yours and mine are heart breaking.  They are devastating to watch, hard to comprehend, and are simply gut-wrenching.  A family in eastern Wyoming canoeing brand new babies across Mule creek to shelter and safety and South Dakota lamb producers digging in ravines to free individual sheep who, by luck, were able to breathe through melted holes in the snow after being completely covered.  The carcasses of multi-thousands of cattle and new-born calves are starting to reveal themselves as warmer days come forth.  Herds of cattle and horses stranded on small islands all over the state of Nebraska must take to the icy flood waters to find feed and drier ground because this time, a blizzard wasn’t enough…..it came with massive flooding.  Thanks to social media, we are able to empathize with those who are sharing their stories, and some of us can say, "we’ve been there, and we are here for you now.”

There is no doubt that trial has come knocking on the doors of producers across the center of the nation at a pretty rough time.  While many producers are still in recovery mode of devastating drought conditions, others are trying to dig out from the market collapse of 2015.  Ranchers in the southern plains are still trying to digest wildfire losses, while others in the north Texas area never got a grazing wheat crop in due to an abundance of rain.

And the weather conditions are the least of it.  Let’s wait for another time to explain that before the storm, producer exodus in the heartland is expected to be sharply higher this year.  Let’s wait for another time to explain that not only are producers fighting unpredictable markets, private property rights issues, a legion of regulatory changes, and global consolidation, but they are also fighting to defend themselves against animal rights groups, radical environmental groups, and an often-misinformed consumer.  And bridging that gap can be hard when you’re trying to save a baby calf you just pulled in a minus 40 wind chill while that fall mortgage number throbs on your frontal lobe like a migraine headache.   Let us wait for another time to figure out who we should and shouldn’t thank in the food chain, because dammit, the last time I checked the most grateful group of people on earth are the ones who plant the seed and make the harvest.   They are the ones who put up all of the risk, in search of a reward which often doesn’t come to fruition, and I have never heard one producer speak on the need to be thanked.  But I know they are thankful…….all the way down the line.  Salt of the earth.

As I sit here and think about these folks who were in the path of this storm, I have come to understand that they were made for a time such as this.  Though the storm catastrophic and the losses great, who else could endure?  Who else has the knowledge, the experience, and the fortitude to press on?  The men and women who sow the seed and tend their flock, The American Farmer and Rancher.

God Bless America, God Bless Nebraska and God Bless the American Producer…………And THANK YOU to ALL farmers and ranchers, you have earned it.

Shad Sullivan is a stocker operator who manages his family operations near Olney in north Texas, and Ordway in southeast Colorado. 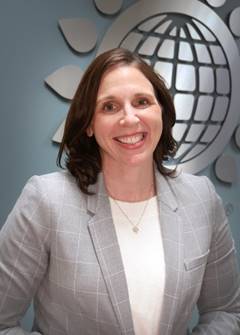 Kate Miller: I will Not Thank A Farmer

To stay on top of Bovine Respiratory Disease (BRD), producers find patience and persistence are two assets they need in their treatment plans.

The spring rally in negotiated cash cattle prices continued last week as trade in the South developed early in the week with packers more aggressive than in recent weeks.

Established product requirements in the beef industry may differ somewhat from one segment of the industry to the next, but there are some common expectations fundamental to each.

Beef exports have evolved significantly in a very dynamic environment of global politics and trade policies; direct and indirect impacts of animal disease outbreaks; and growing beef preferences and consumption.

The chase to capture carbon continues. It’s a possible new source of income for farmers and ranchers, but it's also bringing a set of challenges and questions. The answer could be both public and private programs.