Final results show California voters rejected Proposition 15, a decision celebrated as a victory by a broad array of industry and agriculture groups. The ballot measure was defeated by a margin of more than 650,000 votes (52% No – 48% Yes).

Proposition 15 threatened voter-approved tax protections for commercial and agricultural properties enacted under Proposition 13, which passed in 1978. That measure had reduced property tax rates on homes, businesses and farms by about 57%.

“Farmers can breathe a little easier today knowing their hard work made the difference to turn back the largest property tax in California history. The unified effort of California agriculture to oppose Prop 15 started with a coalition of California’s largest associations of farmers and ranchers,” Johansson said. “Make no mistake, the unification of agriculture — which isn’t easy to accomplish in California — was a result of just how devastating Prop 15 would have been for our family farms and rural communities.”

Hundreds of organizations representing an extremely diverse group of industries all came together in their opposition to the ballot measure. Johansson explained that more than a thousand farmers and ranchers from across California financially contributed to Prop 15’s defeat. There is hope the outcome of the vote will resonate with elected officials in the future.

“For months we’ve said Prop 15 would hurt farmers, ranchers, and ultimately all families with higher prices. What’s clear from this result of Prop 15 is that more than 7 million California voters recognized this reality and agreed with our efforts to stop this ill-advised initiative,” Johansson said. “The defeat of Prop 15 can be seen as a rejection of this specific harmful measure, but also as a broader call to our elected leaders to stop enacting costly policies that hurt farmers, consumers, and businesses.”

It is widely expected that California lawmakers could seek new revenue from sales, personal income or corporate tax rates without going to voters. But when Gov. Gavin Newsom endorsed Proposition 15, he pointedly said he would not sanction more bites on his fellow high-income Californians or a “wealth tax,” both of which have been floated in the Capitol.

“In a global, mobile economy, now is not the time for the kind of state tax increases on income we saw proposed at the end of this legislative session and I will not sign such proposals into law,” Newsom said.

Many who opposed Proposition 15 worry that if new revenue is not found elsewhere, another ballot measure such as Proposition 15 could surface again in 2022. 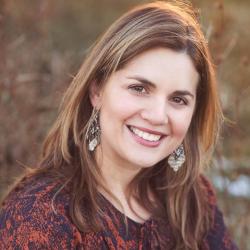