How Quickly Can China Open Its $40 Billion Checkbook

[email protected]
January 20, 2020 11:14 AM
USFR FJR-REV
China Trade Deal Potential 012020
The U.S. and China Phase One trade agreement comes with hefty expectations. What could China buy to meet its $40 billion goal, and when could those buys happen? Experts say there are multiple answers. ( MGN )

Wednesday, January 15, 2019 marked a historic day for the markets. As China and the U.S. signed the Phase One agreement, the stock market hit record highs. Agriculture also celebrated the win.

“In a broad sense, this agreement is a shot in the arm for U.S. agriculture,” said Dan Basse of AgResource Company.

While the trade agreement fueled movement in New York, traders with the Chicago Mercantile Exchange (CME) didn’t seem impressed. Soybeans even closed down double digits after the agreement signing, that’s a as comments from China casted doubt on the quantity of U.S. agricultural products China will buy this year.

“As the two sides have agreed based on the market demand in China, in line with market terms, Chinese businesses will purchase $40 billion worth of agricultural products from the United States annually,” said Liu He, Vice Premier of the People’s Republic of China, just ahead of the signing. “If the demand is strong, the companies may buy more.”

University of Missouri’s Seth Meyer said China stating the amount it buys will be dictated by market demand was a bit of a shock the overall markets.

“I think the market was a bit surprised about the emphasis put on at the market purchases, and then the back waiting, which really means, this has to go smoothly for the first 12 months before things get really rolling,” said Meyer. “And on the back end, it's quite a lot.”

Meyer said currently, the price isn’t right for China on major ag goods in the U.S., including soybeans.

“Right now, we're not all that price competitive,” added Meyer. “So, I think the market, you know, we've got a little backloading on their purchases, some statements on price competitiveness, and that put folks off a bit.”

“They're going to be spending much more than $200 billion over the next two years, including up to $50 billion just on agriculture alone,” he said.

The U.S. Trade Representative’s office told Farm Journal the two-year deal comes with a price tag of China buying $80 worth of agricultural goods over the next two years. That averages out to be $40 billion in 2020 and then another $40 billion in 2021.

“That compared to the current exports, creates a new market, about one third of the size of the entire U.S. every agricultural exports,” said Holly Wang, economist with Purdue University “So, that's very significant.”

While the deal didn’t specify how much China is promising to buy of each product, it did include a long list of what.

“We did get - as we expected - a list of what counts, but it's a big list,” said Meyer. “It's a big, broad list. So, you can't really narrow it down, and it certainly doesn't say how many soybeans they'll buy this year or next.”

Without much meat and specifics, that also prompted disappointment from traders.

“If the markets were expecting the agreement to say we're going to buy x metric tons of soybeans by this date, it just didn't happen,” said Veronica Nigh, an economist with American Farm Bureau Federation (AFBF). “The way the deal structured, it may not be until the end of this year before we truly see some large purchases that would go on to fulfill that $12.5 billion increase over the 2017 levels.”

Groups like AgResource Company say while the details are vague, they think the heart of the deal will benefit soybeans, cotton, corn, pork, meats and dairy most.

“It also opens doors for newer commodities, especially a processed, higher value-added commodities,” said Wang. “So, the industry needs to really grasp that it has two years to have its feet set in the Chinese market, because after the two years, they will have to compete with everyone else.”

Nigh said whether it’s core agricultural commodities or more specialty goods, there’s room for growth to China. Especially when it comes to dairy and the U.S. export market share there. 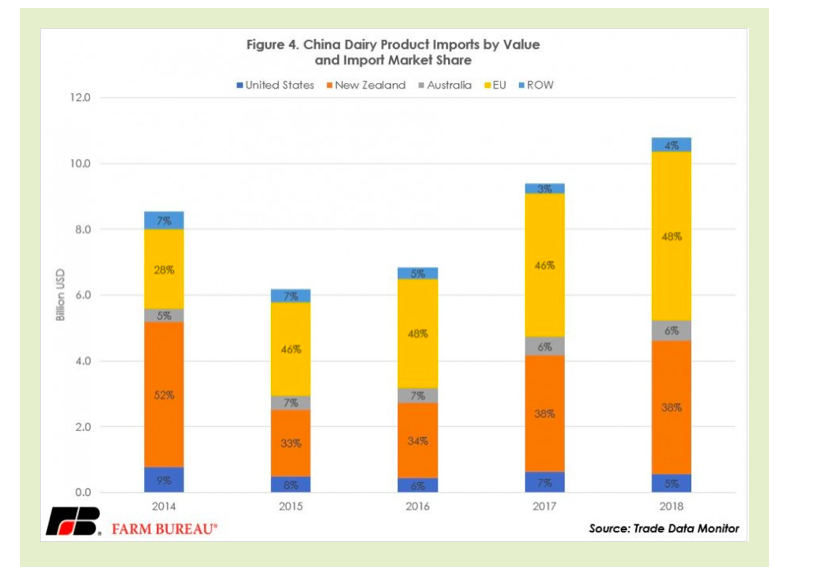 “That's an $11 billion market, and we only have a 5% market share,” said Nigh. “So, it seems like there should be some opportunity there. The EU has 50% market share.

American Farm bureau shows the New Zealand had a 38% market share for dairy in 2018.

“If you displaced the Kiwis, that's $4 billion there,” said Nigh. 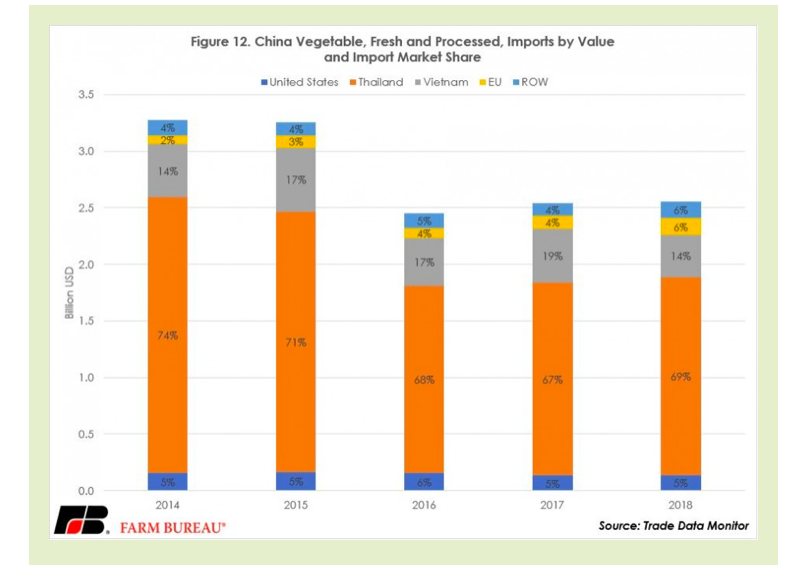 It’s not just dairy. Nigh said the U.S. share of vegetable exports to China is only 5%. That’s an area where Thailand has 69% market share. 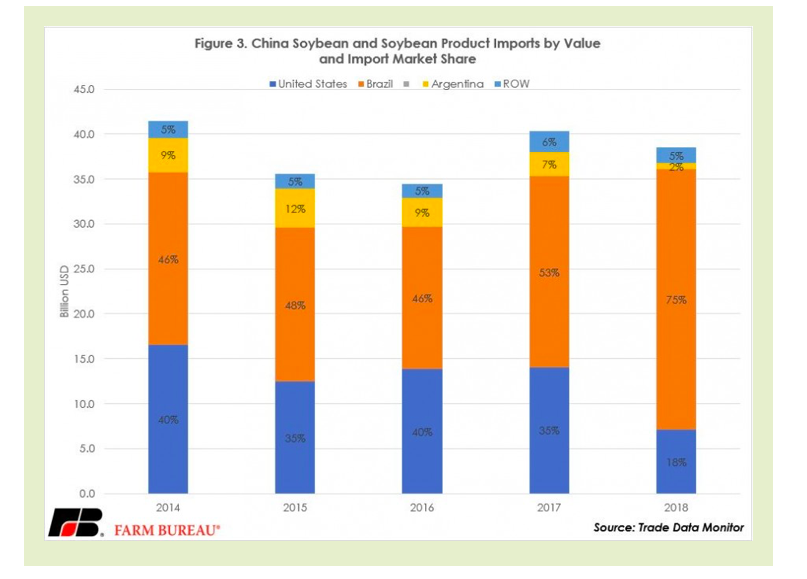 For soybeans, the United States’ 18% market share in 2018 pales in comparison to the 75% for Brazil.

No matter what China buys, Meyer pointed out the Phase One agreement is a two-year deal. The market will be on edge watching exactly what China buys the entire time.

“Anybody who thought this was going to be resolved with the signing, of this and the true beginning of the trade deal, I think we have another 12 months of just probably lingering uncertainty,” said Meyer.

While the market still faces some uncertainty, Basse says you can’t discount the fact the Phase One trade deal with China is pivotal.

“As we think this agreement going forward, it's a big deal for U.S. agriculture,” he said. “It means that China is back in our marketplace and they're now we're regular buyers once again.”

“This is a good indicator and a good initial success for the stage making piece instead of a war,” she said. “But of course, there's a long way to go there are many issues remains to be resolved.”

“If you want to invest in in China and form a joint venture that the Chinese and the Chinese government and firms won't force American - and other firms for that matter - to hand over their technology, it will be important,” he said. “Those are important protocols in the agreement, and one of the fundamental reasons why we began a trade war with China. But enforcing those commitments, I think, is going to be quite important.”

The agreement also marks a key step towards a possible end to the ongoing trade war.

“This has been something we've been waiting for over the last 18 months,” said Basse. “It was back in June of 2018 that this trade war really erupted. It's taken 18 months of mudslinging back and forth, but we're now to a point where we've got a $40 billion agreement.”

As the cloud of uncertainty lingers, there’s no indication if the trade war is over or not, but there is hope and optimism a trade deal could revive exports and agriculture.

Feedlot Producer: Cattle Industry Has Never Been As Bad As Now

Cattle Backlog May Not Be As Large As Feared